Angie Smith's "New American Voters 2020" campaign included a wheat paste poster series of installations on building facades throughout downtown Boise. Even though the election is over, most of them are still up. Red Feather Lounge (alley) 246 N 8th St, Downtown Boise, Idaho, November 21, 2020.

These posters feature New Americans Fatuma (Kenya), Kmu (Myanmar), Nawid (Afghanistan), and Tryphene, all who voted for the first time on November 3, 2020. 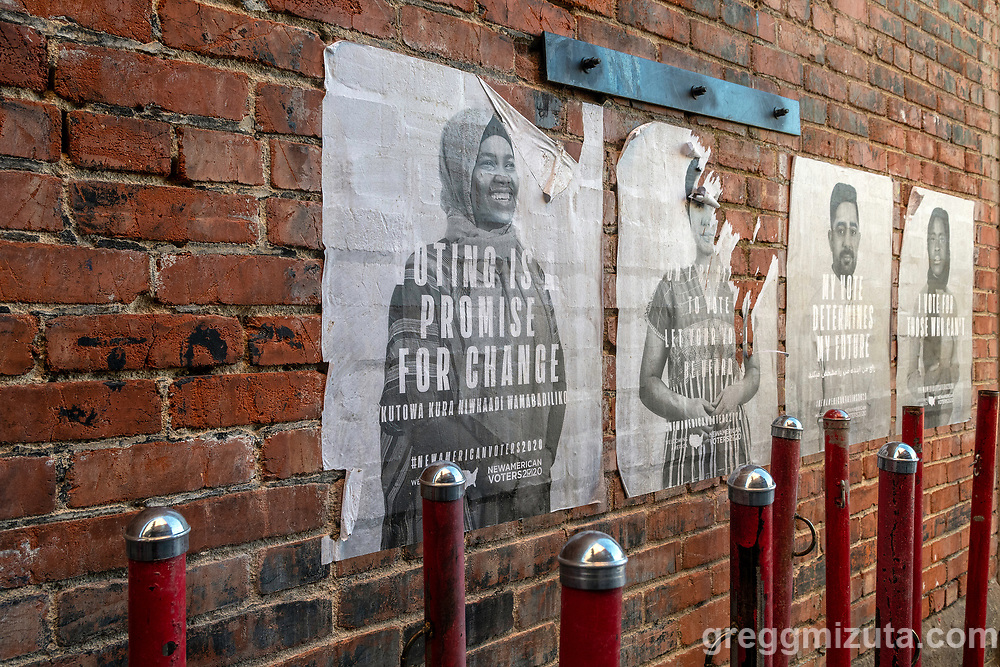