Ashley's mural includes three characters which she calls her alter egos. They are sitting on a brick wall, two of them are on cell phones and the third guy in the middle is smelling a flower. It's a tribute to teenagers and people who are attached to phones and feel like they are disconnected from earth and nature around them. 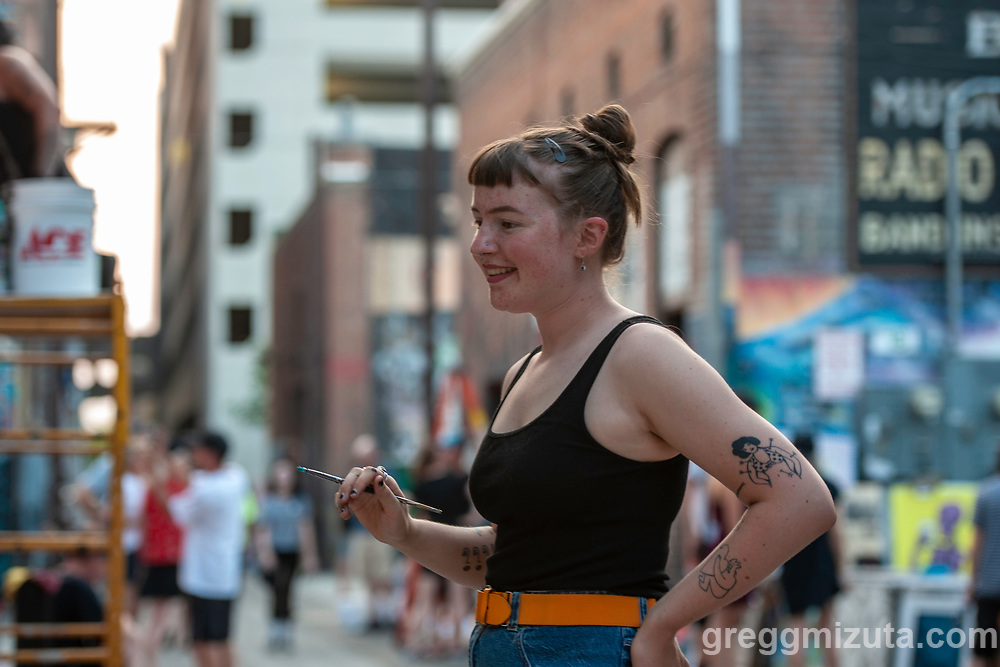