Angie Smith's "New American Voters 2020" campaign included a wheat paste poster series of installations on building facades throughout downtown Boise. This poster features Fatuma, a New American from Kenya who voted for the first time on November 3, 2020. ⁣Even though the election is over, most of them are still up. The Egyptian Theatre, Downtown Boise, Idaho, November 21, 2020. 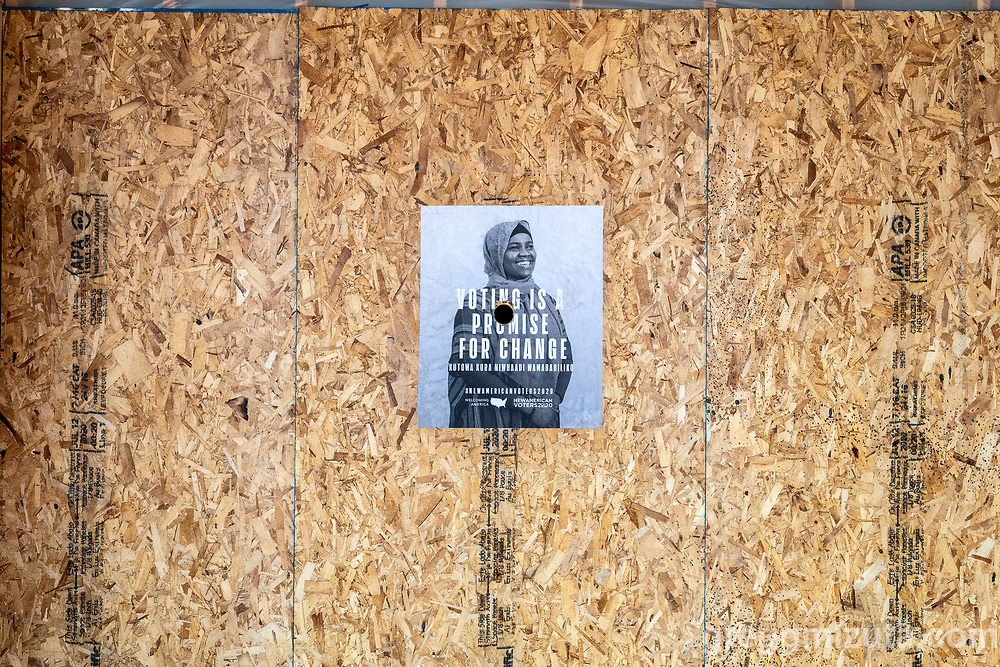