Juana Arriola/Uberuaga. Image from Open Air Archive by Angie Smith, an outdoor photography exhibition of the people of Boise, 1800s to today that was part of the public art featured at the 2019 Treefort Music Fest.

Juana Arriola/Uberuaga stands in front of her home at 614 Grove street in Boise, Idaho. She ran a Basque boarding house a few blocks east. She was the mother of Juanita “Jay” Uberuaga Hormaechea, who is credited with formally establishing a Basque dance group in Boise in about 1949. Photograph courtesy of the Basque Cultural Center.

Angie Smith is a photographer and artist living in LA and Boise. She has worked as an editorial and commercial photographer for New York Times Magazine, the New Yorker, Time, and Oprah, and her installation, Stronger Shines the Light Inside, was recognized by the Obama Administration as one of the most impactful projects to integrate refugees in America. In March 2019, she returned to Idaho to conduct a portrait workshop with Boise’s refugee and immigrant communities. Using wheat paste, she installed these photographs, along with historic portraits, throughout the downtown area in celebration of the rich intersection of culture that is part of Boise’s past and present identity. 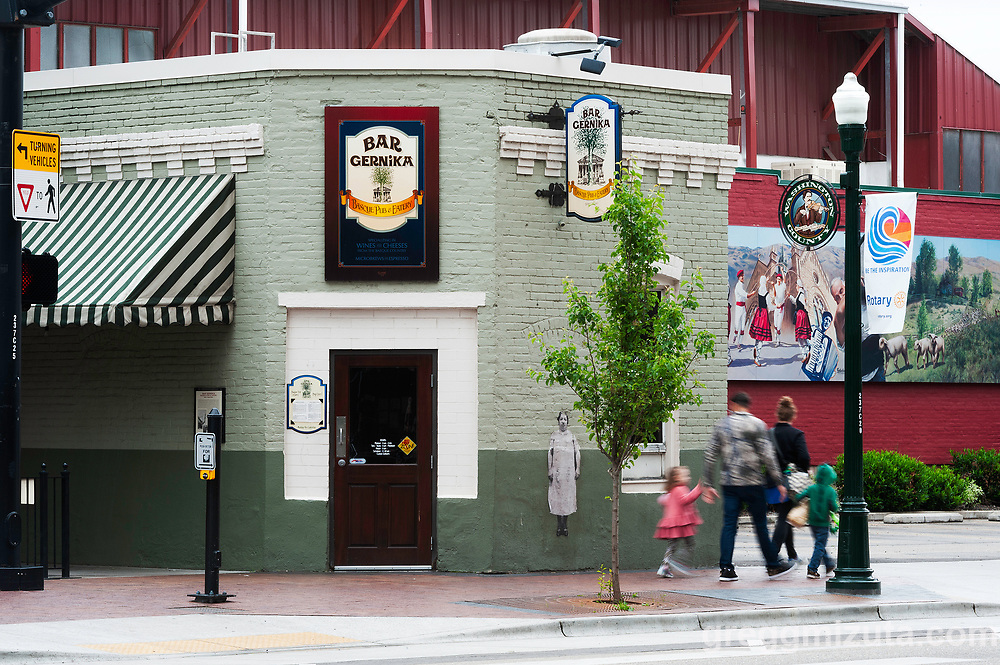